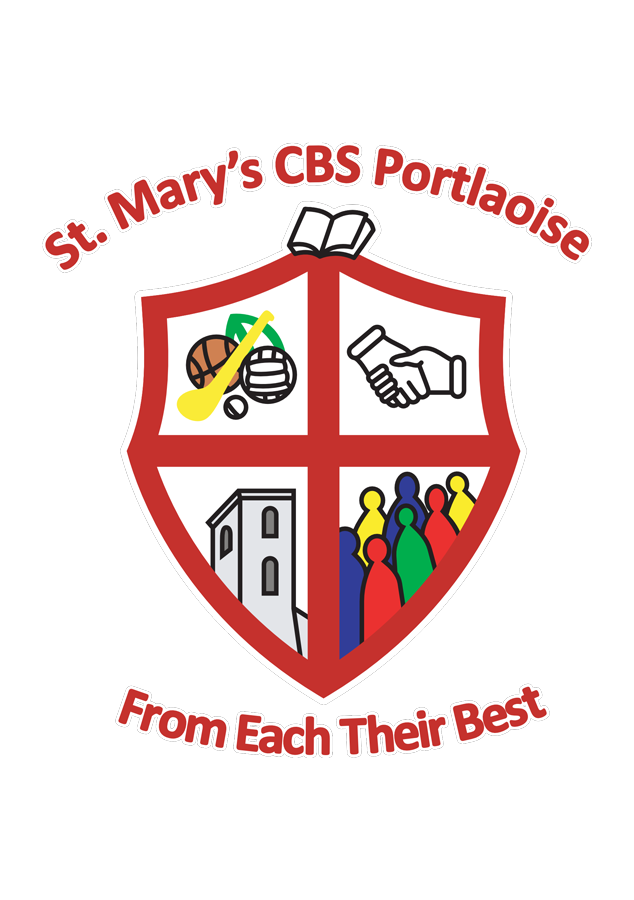 St Mary’s CBS was first established in 1847 at Tower Hill, in the town of Portlaoise. The school grew and remained there until 2010 when we moved to our new campus on the Borris Road. Although in a new campus with modern facilities, our past location in the town of Portlaoise and the connections we have there as well as what we stand for throughout our history as a school is still very important to us.

There have been two previous crests in those 175 years, both of them adopted from the Christian Brothers own crest. We felt this year, especially in our 175th year as a school, that we should create a crest which represents where we came from and what our Mission Statement embodies. Last year, we opened a competition to all who wished to contribute to the production of such a crest. The competition had a prize of €200 to be shared if more than one entrant made a significant contribution to our final design.

Two 5th year students, Danh Culliton and Padraig Delaney, received €100 each for their contributions to the new design. Our appreciation also goes to our Art Teacher, Sarah Williams, who merged the ideas of the two students, and put the finishing touches to produce the final crest which is being introduced across all our stationary, uniforms and media in the coming year.

What does our new Crest say about St Mary’s CBS in this 21st Century?

The crest represents Sport, Friendship, Community, our History, Education and our Motto: