Following on from the SciFest School competition, 27 students from 2nd year and TY represented St Mary’s CBS in the SciFest regional final in Carlow. The ten projects investigated topics such as which hurl and sliothar give the longest puck, predicting future weather patterns and applications for monopole magnets. Gareth O’Brien and Sean Sheridan were highly commended for their project on the viability of electric cars. Caolan Flemming, Mathew Cotter and Robert Hayes won the prestigious Intel award for designing Iomha a discussion based social network. Well done to all involved and looking forward to further developments and new ideas. 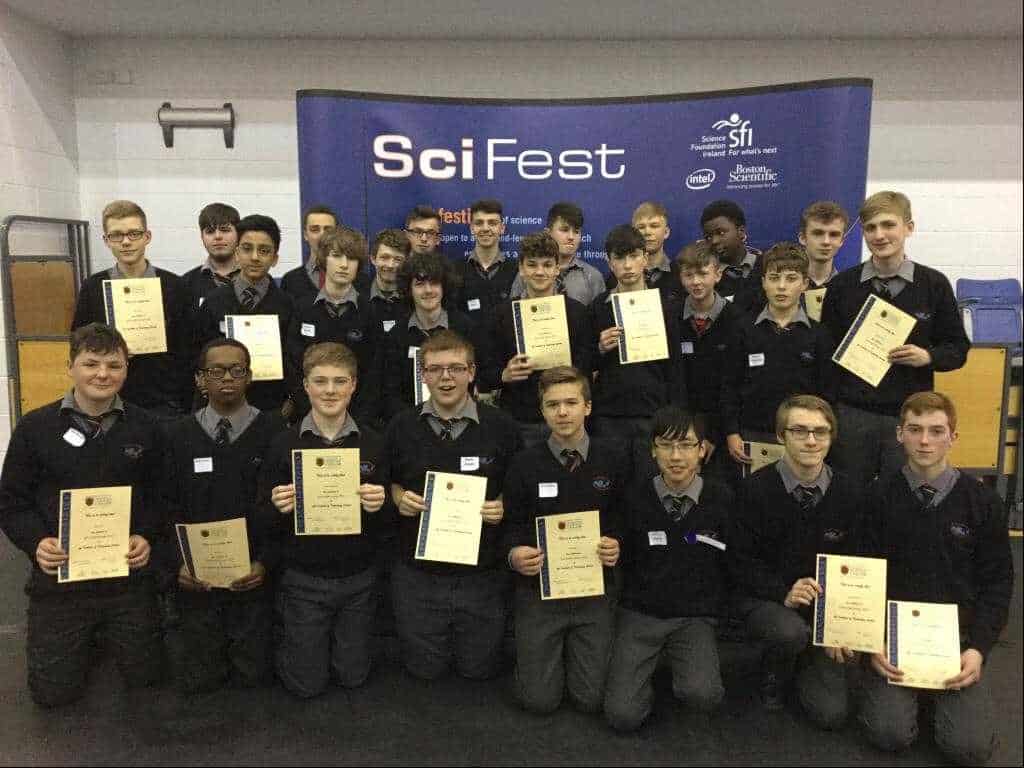