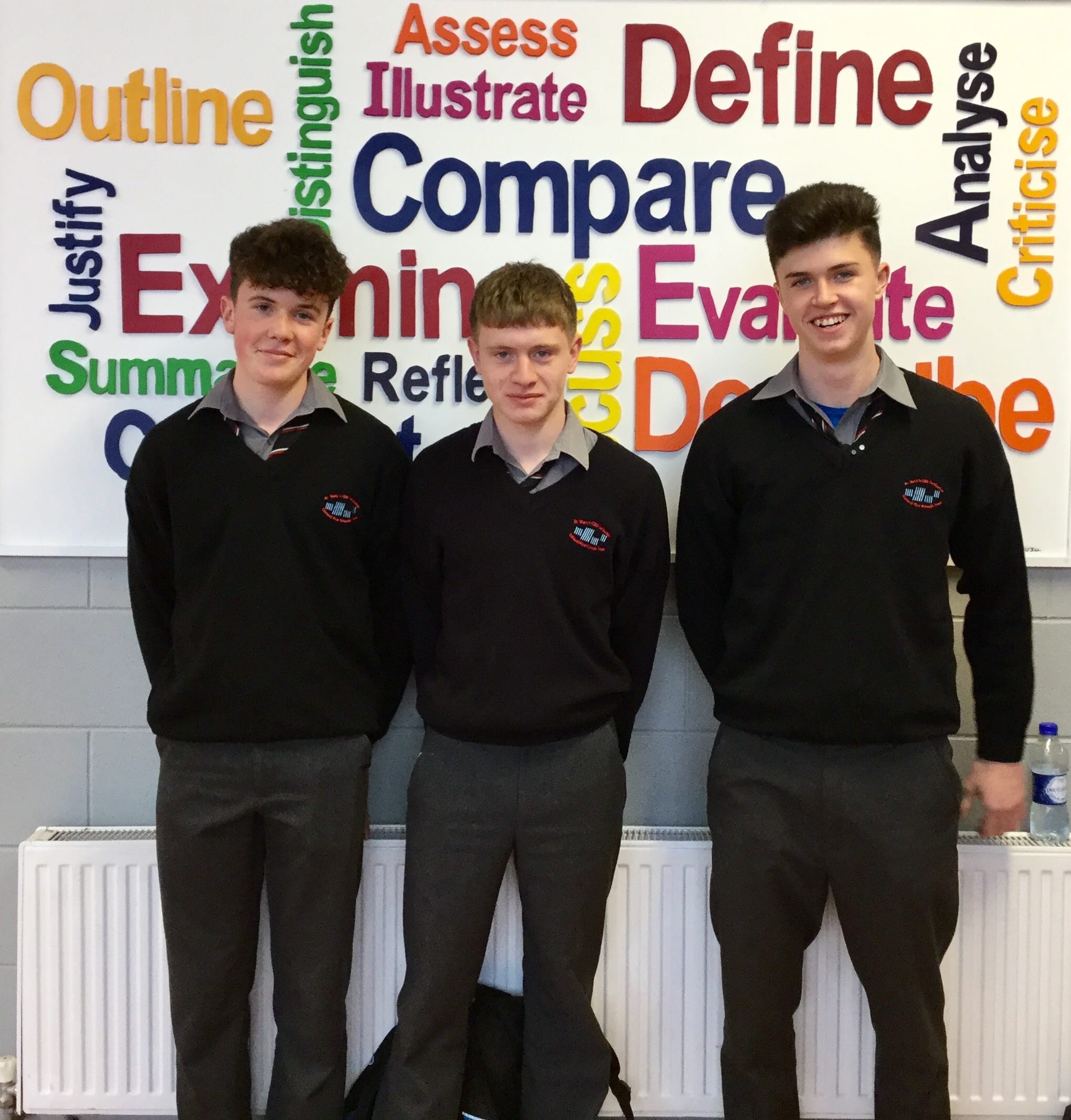 Article by Lynda Kiernan (Leinster Express)
A study underway by three TY students from St Mary’s CBS in Portlaoise, on students’ knowledge of the possible dangers of vaping, has won them a spot at the prestigious BT Young Scientists final in January.

“Their aim is to find out how much young people know about the possible dangers of eCigarettes. They conducted research with senior students finding out what they know about the dangers,” she said.

They found a concerning lack of knowledge.

“So far we have been very surprised by the lack of knowledge. Very few of our senior students could name chemicals in eCigarettes,” Ms Felle reported.

The students have also found evidence of the ease at which teens can buy eCigarettes, illegal for under 18’s.

“They have also proven how easy it is to buy eCigs by purchasing them while wearing school uniform, as part of the experiment,” said Ms Felle.

“They are delighted to be representing the school especially during their transition year,” said Ms Felle.

The project is under the Social and Behavioural Sciences Group at the fair, which runs in the RDS from January 11 to 14. Three other Laois projects will feature, two from Heywood CS and one from Portlaoise College.

Meanwhile all the science classes at the school have had a busy year so far, enjoying two educational field trips.

The conference was run by microTas2016.

“It encouraged the STEM themes, Science, Technology, Engineering and Maths, in an innovative and engaging way,” said the teacher.

The second science trip started with a workshop run by Irish Aid, followed by a tour of Trinity College.

Then it was onto a Google sponsored tour of the Science Gallery, where the students had the opportunity to explore what happens when science and art collide.

“Two great days were had by all,” said Ms Carroll.